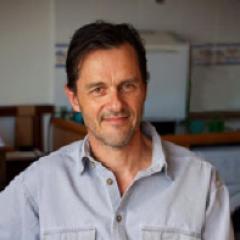 Adam Finn is Professor of Paediatrics at the University of Bristol, UK. He studied Medical Sciences at Cambridge University and then moved to University of Oxford Medical School to complete his clinical degree in 1983. After qualifying he did training jobs in paediatrics in Sheffield, Bristol and Guy’s Hospital London before taking up a fellowship in Infectious Diseases at the Children’s Hospital of Philadelphia in 1987. He completed his academic training as Lecturer in Immunology at the Institute of Child Health, Great Ormond St, London where he wrote his PhD.

In 1992, he took up a senior lecturer position at the University of Sheffield, UK. Over the following 9 years he established both clinical and laboratory research groups there, focussing on mucosal immune responses to paediatric conjugate vaccines and the pathogenesis of upper and lower respiratory tract pneumococcal infection. In 2001, he moved to Bristol where he is now Theme Leader for Infection & Immunity, University of Bristol and Clinical Research Lead - Children, Genetics, Haematology, Reproductive Health and Childbirth for the NIHR Clinical Research Network: West of England. He is also a senior clinician in the paediatric immunology and infectious diseases clinical service for at Bristol Royal Hospital for Children and the South West region and heads the Bristol Children's Vaccine Centre. In addition, he became Chairman of the WHO European Technical Advisory Group of Experts (ETAGE) on Immunization in December 2011 and ex officio member of the WHO Strategic Advisory Group of Experts, Member of the UK Department of Health Joint Committee on Vaccination and Immunisation (JCVI) since October 2014. In 2015, he was elected President of the European Society for Paediatric Infectious Diseases (ESPID).

His research interests are elucidation of the nature of naturally acquired mucosal immunity to pneumococcus, meningococcus and other respiratory bacteria, the determinants of bacterial transmission and vaccine indirect effects and development of tools to assess human immune responses to candidate vaccine antigens. He also leads and supports numerous clinical trials of drugs and medicines in children.