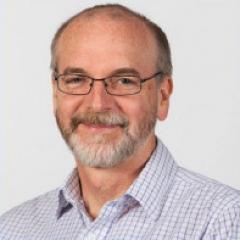 Professor of Paediatric Infection and Immunity, HIC-Vac Network Co-Director
contact me by email

ANDREW J POLLARD, FRCPCH PhD FMedSci, is Professor of Paediatric Infection and Immunity at the University of Oxford, Director of the Oxford Vaccine Group, Fellow of St Cross College and Honorary Consultant Paediatrician at the Children’s Hospital, Oxford, UK. He obtained his medical degree at St Bartholomew’s Hospital Medical School, University of London in 1989 and trained in Paediatrics at Birmingham Children’s Hospital, UK, specialising in Paediatric Infectious Diseases at St Mary’s Hospital, London, UK and at British Columbia Children’s Hospital, Vancouver, Canada. He obtained his PhD at St Mary’s Hospital, London, UK in 1999 studying immunity to Neisseria meningitidis in children and proceeded to work on anti-bacterial innate immune responses in children in Canada before returning to his current position at the University of Oxford, UK in 2001. He received the Bill Marshall award of the European Society for Paediatric Infectious Disease (ESPID) in 2013 for his contribution to the specialty and the ESPID Distinguished Award for Education & Communication in 2015. He was elected to the Academy of Medical Sciences  in 2016.

He chaired the UK’s National Institute for Health and Care Excellence (NICE) meningitis guidelines development group, and the NICE topic expert group developing quality standards for management of meningitis and meningococcal septicaemia. He chairs the UK Department of Health’s Joint Committee on Vaccination and Immunisation and the European Medicines Agency scientific advisory group on vaccines and is a member of WHO’s SAGE. His research includes the design, development and clinical evaluation of vaccines including those for meningococcal disease and enteric fever and leads studies using a human challenge model of (para)typhoid. He has a particular interest in the development of B cell immunity in early childhood. He runs surveillance for invasive bacterial diseases and studies the impact of pneumococcal vaccines in children in Nepal and leads a project on burden and transmission of typhoid in Nepal, Bangladesh and Malawi and co-leads typhoid vaccine impact studies at these sites. He has supervised 23 PhD students and his publications include over 300 manuscripts and books on various topics in paediatrics and infectious diseases. He made the first British ascents of Jaonli (6632m) and Chamlang (7309m), was the Deputy leader of the 1994 British Mount Everest Medical Expedition and is a member of the Alpine Club.