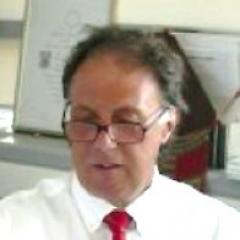 I am interested in the way a variety of organisms interact with the human body. Initially, I became interested in how and why nematode parasites stimulated the allergic phenotype. In an industrial setting, we were then able to exploit this interaction to develop drugs to alter the allergic phenotype. This led me in turn to investigate the evolutionary basis for allergy per se. Through the establishment of tropical research bases, particularly in Papua New Guinea, on Karkar Island, we discovered that the hookworm parasite of humans, Necator americanus, was actually partially controlled by the allergic phenotype. In other words, allergy has value. However, the immunological balance appeared to fall in favour of the parasite. This led to the thesis that worm infection could be used therapeutically to counter-control allergy, and other immunological diseases, a thesis currently under active exploration in a number of laboratories worldwide. In a similar vein, we have studied Pseudomonas aeruginosa, and discovered that its chemical language, quorum sensing (QS), was active in suppressing the immune system, allowing the infection to thrive. Prospective outcomes of this research include the discovery of novel immune suppressive therapeutics, and vaccines against QS. In addition, we have recently discovered how the medicinal maggot Lucilia sericata cleans poorly healing wounds in patients. As a result, we have isolated several potential stand-alone wound management agents.